What is millennial pink? 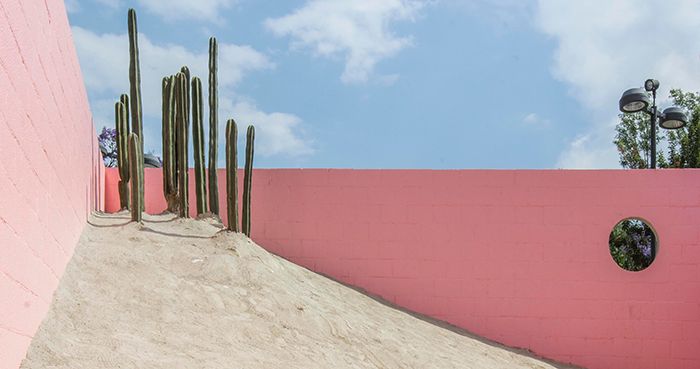 Millennial pink. In the past couple of years the colour is reported to have taken the design and fashion worlds by storm, yet it is slippery to define.

Said to have evolved from a pedigree of rose gold iPhones, Pantone’s Rose Quartz and a millennial desire to challenge gender norms, this non-girly, buff shade of pink is also increasingly found in the public domain.

Here’s our top 8 picks of times the colour has hit parks and streets, with Instagramable results.

Brick on the outside, tender pink on the inside, this triangular installation by Salottobuono + Enrico Dusi Architecture encourages play in the heart of Mexico City.

It includes a trending motif: cactuses on a pink background (see hashtag #PlantsOnPink). 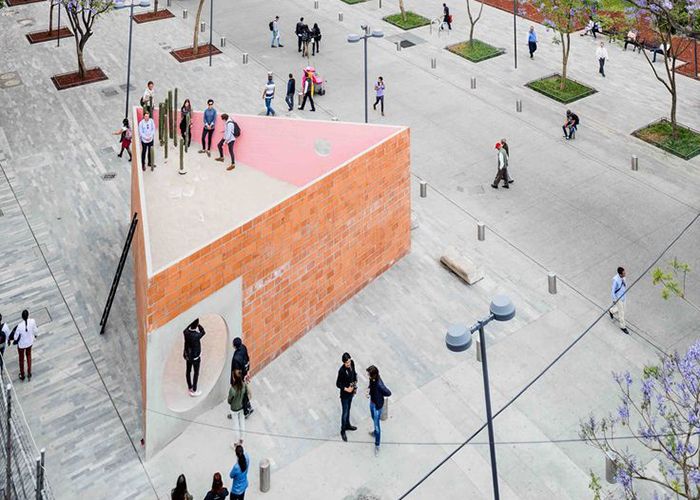 Spanish for ‘The Red Wall,’ La Muralla Roja is a housing project in the La Manzanera development in Spain’s Calpe, designed by architect Ricardo Bofill.

Formed like a fortress with interlocking stairs, platforms and bridges, with a palette of rich and pastel candy colours, the space is popular with artists, tourists and designers – but its success as a living space is difficult to gauge from the empty images. 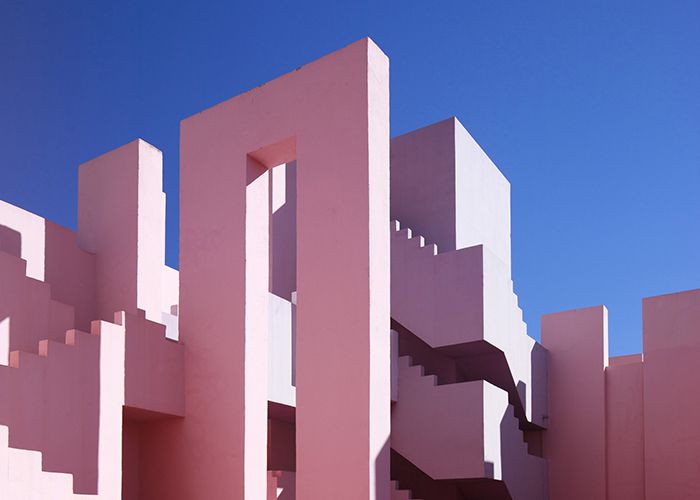 Local artists Heather and Ivan Morison created the open structure as a contemporary reinterpretation of traditional landscape ‘eyecatchers.’ It was commissioned to kick of fundraising for restoration and to attract visitors to the site. 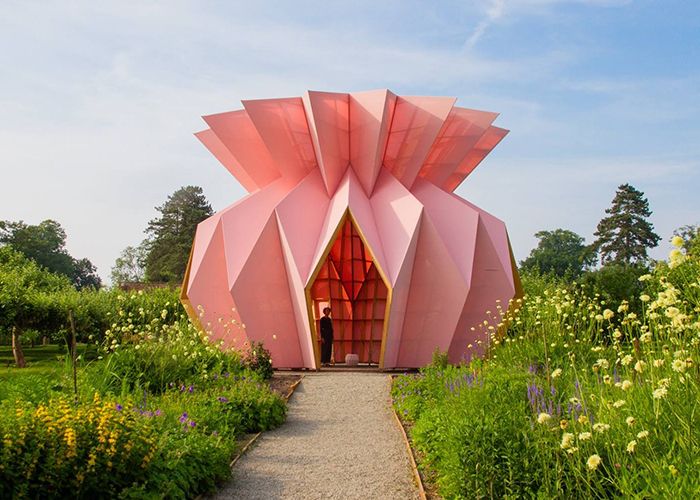 Millennial pink is seen throughout the school complex, designed by Dominique Coulon & Associés to hold a nursery, before and after school care, and a primary school campus.

The school is set on a triangular plot in Montpellier, southern France. 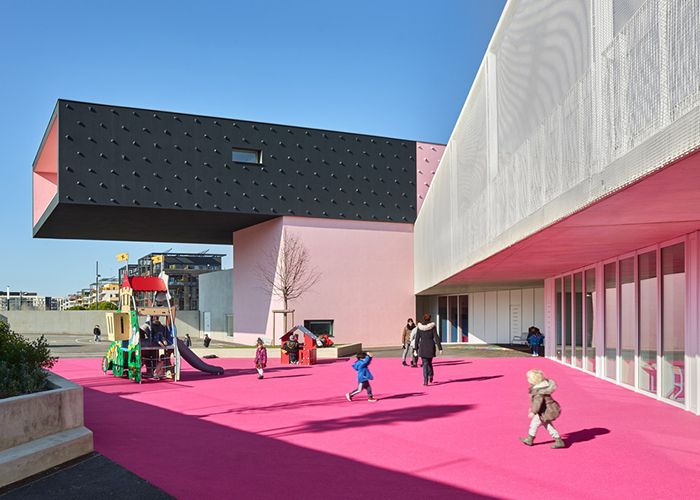 A classic. Commissioned by the Swedish businessman Folke Egerstrom and built between 1966 and 1968, the equestrian estate was designed by celebrated Mexican architect Luis Barragán. 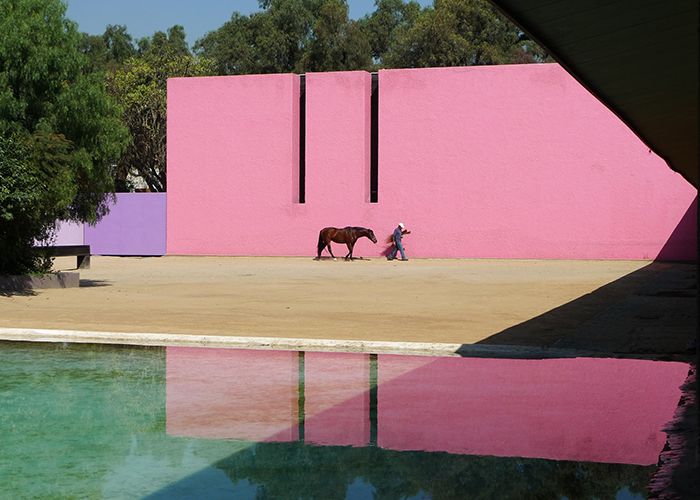 On the east side of Paris, this student apartment block is perched over train tracks, with vertical columns rising up like flamingo’s legs in the mind of designer Stephane Maupin.

The project is installed above big concrete slabs over trains in motion, with 27 small spring boxes connecting the ground floor. The boxes stop vibrations from carrying up to the apartments. 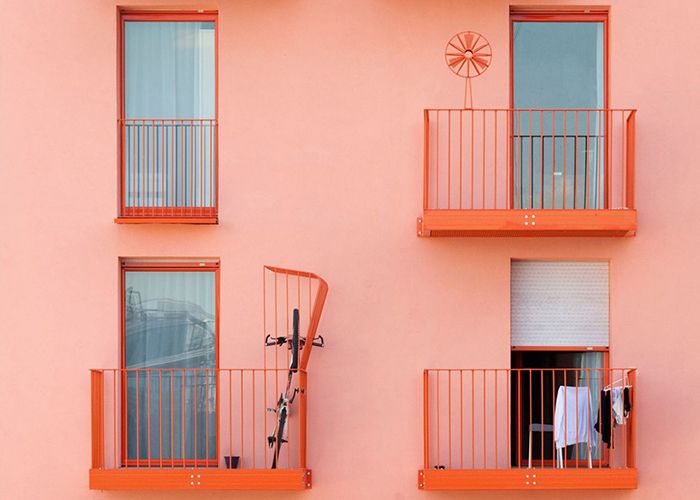 More than 100,000 cycle journeys have been recorded across its pink runway. While not technically millennial pink, we salute its bold fuschia hue. 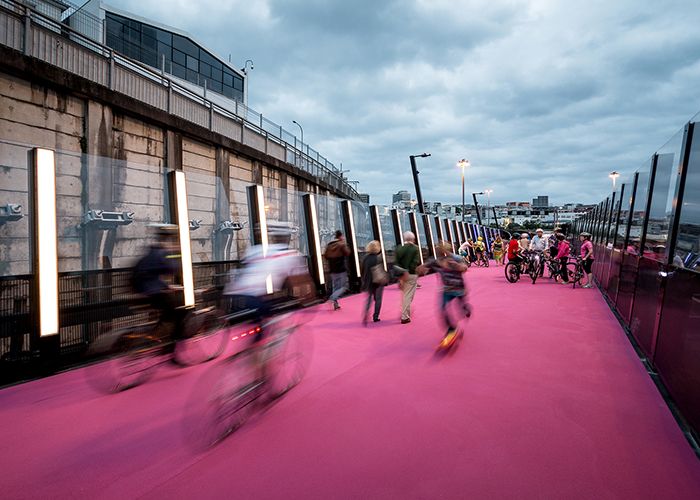 Found in several countries around the world, cherry blossom is an excellent space activator, bringing thousands of tourists to Japan each year. Trendsetter nature sometimes does it first, and best. 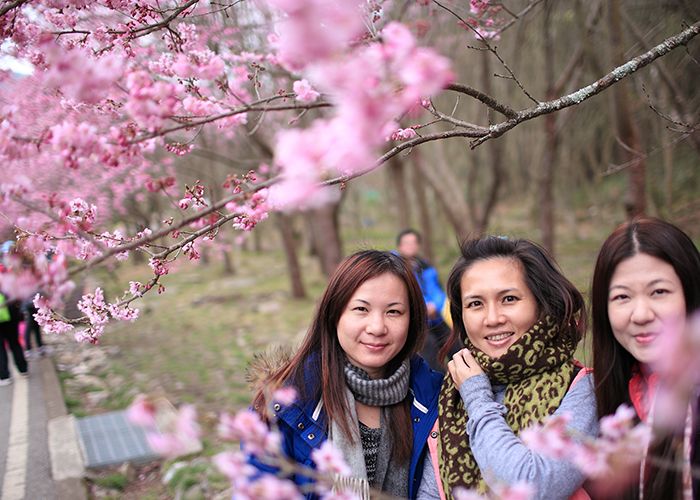 Subscribe to StreetChat before October 31, 2017, for your chance to WIN a stylish Papillionaire bicycle valued at $599. 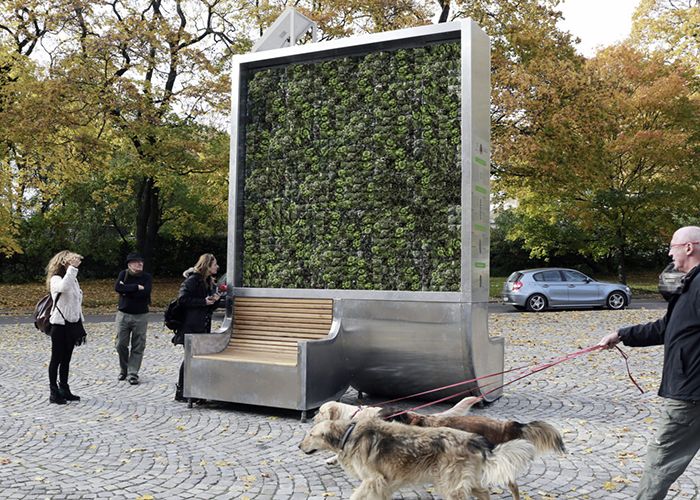 CityTree: intelligent air purifier A German-based start-up, Green City Solutions (GCS), has developed an intelligent natural air purifier, CityTree, that uses moss to trap pollutant particles. With the environmental benefit of up to 275 normal urban trees, the compact and mobile unit improves the air, cools it and protects the environment from noise. “We’re building a climate infrastructure,” says GCS co-founder Zhengliang Wu. The moss-covered air purifier, with inbuilt timber bench seats, harnesses the ability of moss cultures to filter pollutants out of the air, bind them to the leaf surface and integrate them permanently into their own biomass. The technological design of CityTree ensures the survival of the moss through an adequate supply of shade, water and nutrients; at the same time, the filter performance and the plants’ requirements … 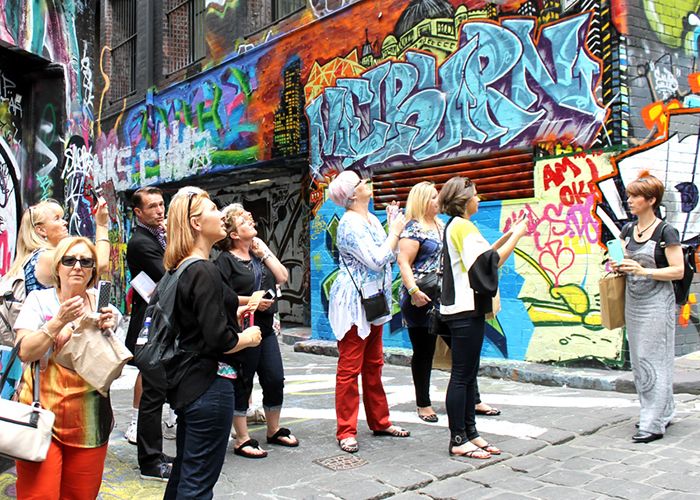 Public art and its economic value: Public art not only enlivens urban spaces, supports local artists and sparks conversation, it’s a relatively cheap way for cities to attract both visitors and money. Events such as Vivid Sydney and MONA in Hobart have proven to have a significant impact on the local economy, in terms of the increased revenue generated from more visitors, better productivity and free publicity that unique cultural events create. As Meg Bartholomew reports in the Guardian, city planners and property developers are taking notice of the potential that lies in an ‘experience-based economy’. Art that makes people feel good makes them linger – and spend. Aside from the economic benefits, public art helps to define a city’s identity (hello, Melbourne), enhances a city’s reputation, and can even …