Japanese brand Muji has unveiled designs for an autonomous all-weather shuttle bus, called Gacha, set to run in three cities in Finland by 2020.

Muji provided the aesthetic design, wanting it to look “friendly” and inviting, with autonomous driving technology by Finnish company Sensible 4.

“We are developing these vehicles so that they can become part of [the] daily transportation service chain,” says Harri Santamala, CEO of Sensible 4, in Fast Company.

“Autonomous vehicles can’t become mainstream until their technology has been insured to work in all climates.”

The bus features a curved, cubic externior, with no discernable distinction between its front and back. A band of LED lights act as headlights, and signal to pedestrians and other drivers.

The bus is expected to be launched in Helsinki in March 2019, and if testing is successful, rolled out to Espoo, Vantaa and Hämeenlinna. For more details and images, see Dezeen.

Baltimore to use Complete Streets to Promote Racial Equity:

Baltimore City has introduced a new Complete Streets Ordinance aiming to make streets safer for all users, moving priority away from cars.

The City found that “Baltimore spends a disproportionate amount of money on streets designed only to move cars.”

Measures will include adding bike lanes, intersection bulb-outs and narrowing lanes to assist pedestrians and cyclists in moving around the city, no matter which neighbourhood they call home.

The Ordinance, says Baltimore, should have the greatest effect in historically disenfranchised neighbourhoods, which have fewer drivers and more pedestrians.

“In every historically red-lined, majority African-American community in east and west Baltimore City, the number of households with no vehicle access is greater than 50 per cent,” wrote Council Member Ryan Dorsey.

Those neighbourhoods, he says, disproportionately bear the impacts of streets oriented for drivers, such as safety risks and air pollution.

Streets Blog reports that the policy also calls for the planning process to made more equitable, with recommendations to include community groups in the process, hold meetings in accessible locations and ensure sufficient translation services are provided. 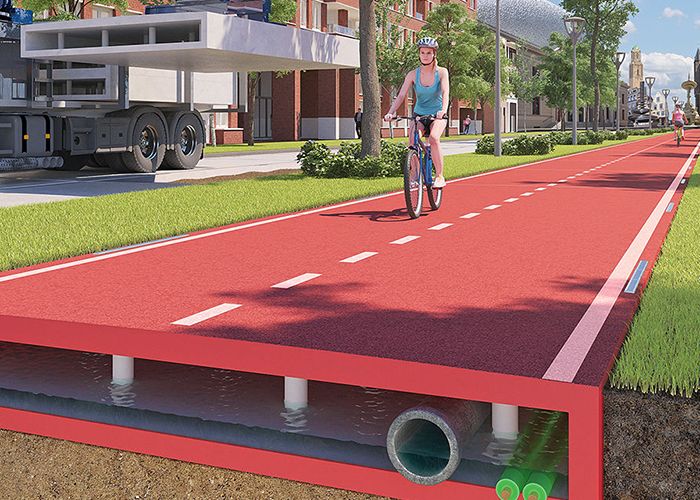 Recycled plastic roads now on trial: Inventors are currently trialling recycled plastic road technology in the Netherlands, says The Economist, with a 30 metre bicycle track opened in early September. The first prefabricated PlasticRoad track in Zwolle consists of modular sections made in a factory from 70% recycled plastic and 30% polypropylene. Developers say it includes recycled plastic equivalent to more than 218,000 plastic cups or 500,000 bottle caps. Sensors to measure temperature, the number of bike passages, durability, flexing and the flow of water through drainage channels, are also fitted inside the path. Two Dutch firms – KWS, a road builder, and Wavin, a firm that makes plastic piping – are developing the product in partnership with Total, a French oil-and-gas firm. The trial follows an Australian test project installed in May, with a … 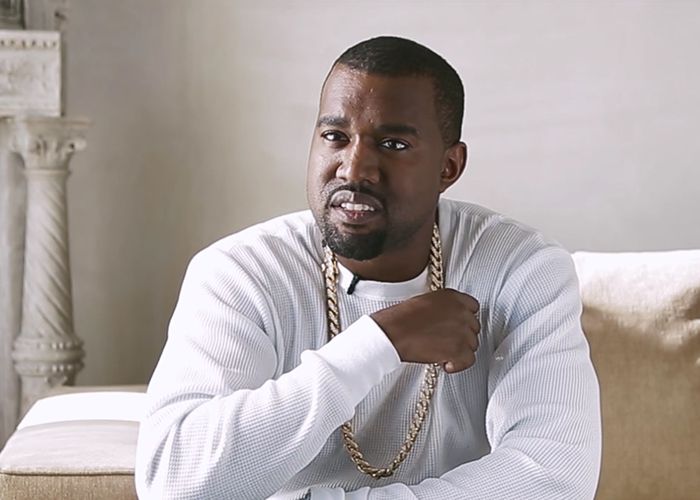 Kanye’s housing renders: Kanye West’s Yeezy Home design and architecture collaborators have released images of an initial pre-fab concrete concept design, with a Brutalist aesthetic, on Instagram. Very little information has been offered about the architectural renderings, posted by Jalil Peraza, a long-time West collaborator who teamed up with architect Nejc Škufca and industrial designer Vadik Marmeladov to bring us a first look at Ye’s housing vision. Peraza told The Urban Developer his intention is to create a “scalable” low-income social housing scheme using prefabricated concrete. His company, Face Modules, has prior experience with low-cost prefab commercial pod systems. Should West’s project go ahead, a ’tilt-up’ method of construction, using cranes, could be used to erect as many as 30 house panels per day. It could be the start of West’s new city. Or perhaps he is currently … 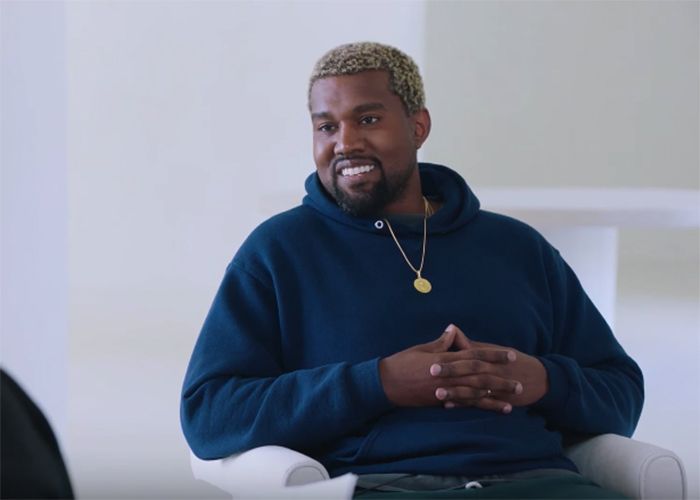 Kanye West – rapper, fashion designer and now city builder? Kanye West appears to be turning his sights from music and sneakers to architecture and city-building. “Don’t let him do this,” writes Brentin Mock in CityLab. In the final 15 minutes of an interview with Charlamagne Tha God, ticking well over 8 million YouTube views in 20 days, Yeezy walks his 300 acres and muses, “I’m gonna build five properties, so this is my first community. I’m getting into development. Anybody who’s been to any of my cribs knows I’m super into developing homes. This is the next frontier for me.” “I’m going to be one of the biggest real estate developers of all time, like what Howard Hughes was to aircraft and what Henry Ford was to cars.” His …