Street trees have the capacity to impact the liveability of suburbs, should community members be included in the design and planning of urban greening, say Melanie Davern, Dave Kendal and Camilo Ordonez Barona in an article for Cities People Love.

The RMIT, University of Tasmania and University of Toronto researchers write that “street trees and urban forestry provide a great example of a ‘nature-based solution’ to building environmentally sustainable liveable cities that provide multiple benefits.”

Although the benefits of urban greening are well known, there is inequity in the distribution of street trees. “Disadvantaged communities in cities characterised by a lower level of income and education, and, in some cases, higher percentages of minority populations, tend to have less street tree cover and less street tree diversity.”

However, “planting street trees in treeless areas rather than in already leafy suburbs has a greater effect on reducing extreme heat, increasing biodiversity, and reducing health inequalities.”

Diverse perspectives are essential to make design and planning most effective for the community, yet disadvantaged communities are rarely incorporated into discussions around urban greenery, they write.

“In our research, we’ve found that practitioners who make decisions about these matters value community views, such as people’s sense of stewardship of their street trees and urban forests, however, it can be difficult to combine these views with cross departmental planning in organisations that are fearful of risk.”

The secret lives of urban birds:

“In Australia, there are currently 182 threatened bird species. Loss of habitat is absolutely the biggest threat to bird species survival.”

In ABC’s Catalyst: The Secret Lives of Our Urban Birds, Dr Ann Jones explores how urban planning and local interventions can help bird species that are suffering from loss of habitat caused by human development.

Powerful owls, for example, a threatened species, rely on the hollows of old growth trees to nest, which can take 300 years to develop. A study at Melbourne University is using augmented reality and 3D printing to create replica nesting boxes. Sensors will gather data around who is using the nesting boxes and how.

Some species have been more successful in adapting to city life – peregrine falcons use the architecture of city high-rise buildings like cliff faces, to lay their eggs and raise young. These nest sites require adequate space and the leniency of human custodians, such as the Mirvac team at 367 Collins Street, which livestreams their nest site each season.

Pockets of recovered nature can offer refuge to birds, such as a former golf course in Elsternwick, which has been transformed into a haven for native birds with wetlands, woodlands and shrubbery. “Small changes,” says Jones, “like installing nesting boxes for eastern rosellas, are already having a big impact.”

The Western Treatment Plant in Werribee on the lands of the Wuthaurung people, where about half of Melbourne’s sewerage collects, is also a surprising sanctuary for birds from around the world.

The sewerage farm is “full of insect attracting nutrients and year round water, creating a very special bird habitat.”

Up to 10,000 shore birds migrate to the wetlands every year, says Sean Dooley, a record-holding bird watcher, and as such it is now internationally recognised and protected.

The plants we select to populate our urban gardens and spaces become the host and home of biodiversity. Choosing plants therefore is also about birds. Urban researchers, says Jones, are working out how best we can support wildlife within our cities. 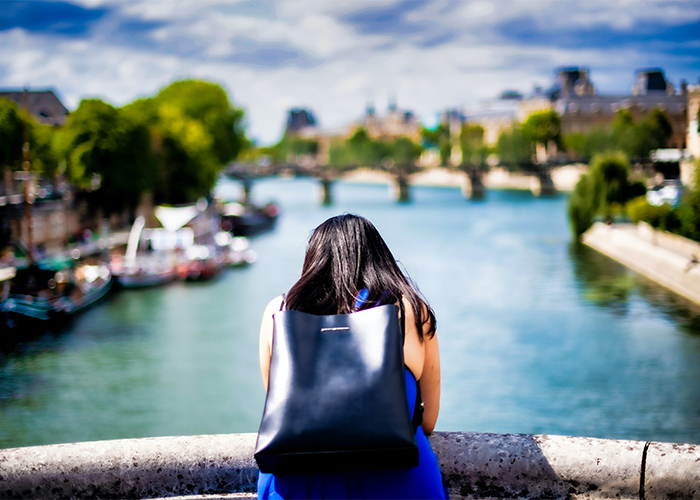 Paris has plans to make the Seine swimmable by 2024: by Feargus O’Sullivan The City of Paris is undertaking a new project, ‘Projet Life Adsorb,’ which may soon make Paris’s river Seine clean enough to swim in. Various attempts have been made to make the Seine swimmable, the first in 1988. Most recently, in 2017, swimming pools opened along Canal Saint Martin, a more sheltered waterway in the city’s east. Unfortunately high bacteria levels regularly force swimmers out of the pools. The new plan, which is being designed and implemented by a team of experts overseen by the City of Paris, “might be able to curb pollution more permanently, making it swimmable –  and usable as a competition venue – in time for the 2024 Summer Olympics,” writes Bloomberg’s Feargus … 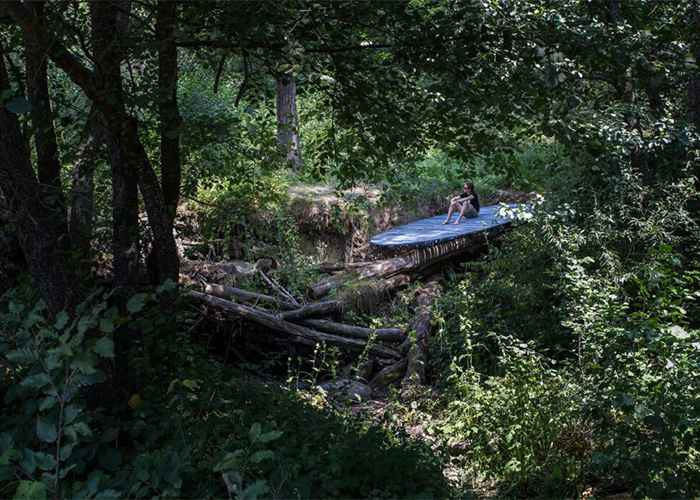 Design For Forest: by Zaš Brezar In Europe, landscape architects are using simple interventions to manipulate the use of forests while prioritising their essential environmental function, writes Zaš Brezar for Landezine. Landscape architects, Zaš writes, can “bring forests closer to people in a meaningful and careful way. Empowering bonds between landscapes and people is one of the most important tasks of our profession. We maintain what we appreciate.” Strengthening the existing, and designing by maintenance rather than from scratch, is central to designing forests with conservation and care in mind, they say. In Strandskogen Arninge Ullna, a park in Sweden, landscape architects maintained “existing ambiences” by choreographing visitors’ movement through the dense riparian forest on elevated walkways. “This way, they have minimised the impact of people staying in the woods … 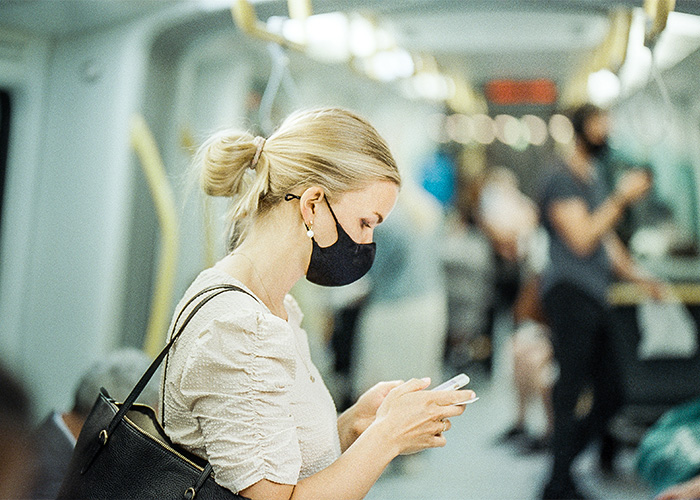 How our cities work – essential lessons from lockdown: By Matt Wade New research on the demographics of essential workers in Australia’s largest cities casts a stark light on geographic and gender inequalities, writes Matt Wade for the Sydney Morning Herald. Essential workers are employed “across health and social services, education, freight and delivery, transport, police and emergency services, logistics, construction and some retail,” and make up 45% of the workforce in Australian capital cities. They are exposed to greater risk of contracting Covid-19 in their workplaces, and through travelling to work. According to a study by consultancy SGS Economics and Planning, most essential workers in Sydney and Melbourne live in outer metropolitan growth areas where housing is more affordable – these regions also recorded a high share of infections …