The stories you missed while enjoying the beach this summer.

Asked by an audience member about his take on transport and urban sprawl at a Tesla event during the Neural Information Processing Systems Conference in California, Wired reports the Tesla, Boring Company and SpaceX CEO replied:

“There is this premise that good things must be somehow painful.

“It’s a pain in the ass,” he continued. “That’s why everyone doesn’t like it. And there’s like a bunch of random strangers, one of who might be a serial killer, OK, great. And so that’s why people like individualized transport, that goes where you want, when you want.”

When the audience member responded that public transport seemed to work in Japan, Musk shot back, “What, where they cram people in the subway? That doesn’t sound great.”

Critics described the comments as elitist. Among them Jarrett Walker, public transit advocate and consultant, wrote via Twitter that Musk’s “hatred of sharing space with strangers is a luxury (or pathology) that only the rich can afford. Letting him design cities is the essence of elite projection.”

The comments, according to Walker, call into question whether Musk should design transport solutions for cities.

Aarian Marshall writes for Wired, “Does a public transit builder actually have to love the idea of public transportation? Maybe not. But there’s a reason residents of cities with struggling transit systems (like New York and Tampa) get mad when they realise the people overseeing those systems don’t actually use them. How can someone fix problems they can’t see?”

Walker, in his summary of the incident, points out that “the company of ‘random strangers’ is what a city is,” and writes in CityLab, “Musk’s views need to be taken seriously, because many influential people share them. What’s more, many people view him as an expert on whatever topic he touches.”

In January Musk’s tunneling enterprise, the Boring Company, will pitch plans to build a network of tunnels under LA in a city council meeting.

The subterranean highway would allow commuters to travel underneath notorious Los Angeles traffic.

Aboriginal centre turned out for Apple:

One of Melbourne’s Federation Square buildings, which currently houses an Aboriginal cultural centre, will be demolished to make way for an Apple Global Flagship Store, if controversial plans go ahead.

The announcement by the Victorian State Government came just before Christmas and has been met with criticism for avoiding public consultation, disrupting the architectural style of the Square and turning public land over to commercial use.

“In a single stroke, the state government proclaimed its intent to both interrupt the cohesive design vision of Federation Square and undermine the civic mission that made it central to Melbourne,” writes CityLab.

“The proposal raises a question for this city, and for many other cities as well: Can anybody stop the relentless push to corporatise public space?”

Tourism Minister John Eren defended the project, telling the Age the building needs commercial tenants for the entire precinct to be viable, and insisting the government had not been offered incentives by Apple to offer it the prime riverfront position.

In response to public backlash, Apple has blocked the government from releasing concept plans.

The terms of the lease arrangement, which the Age says would be for 20 years, have not been made public.

The imperiled Yarra building features a quartz-like facade as the Square is known for, but if plans go ahead, it will be replaced by a specially-designed “golden panini,” which Apple says will act as more than a store, but a community meeting place.

An online petition opposing the project has reached more than 28,000 signatures, and three associations representing architects, planners and landscape designers including the Australian Institute of Landscape Architects have written to Planning Minister Richard Wynne, objecting to the lack of transparency.

A irreverent petition to build a Bunnings Warehouse instead of the Apple store has attracted more than 2200 supporters.

The Koorie Heritage Trust, currently based in the Yarra building, has been promised a new site within Federation Square.

The US is also navigating what should be built on public space, with new concepts released for Chicago’s upcoming Obama Presidential Centre by Tod Williams Billie Tsien Architects criticised for location and form, and defended for the potential for renewal and pride.

Some 20 acres of the park, which is listed on the National Register of Historic Places and held in public trust for 150 years, have been “confiscated to build the OPC,” he says.

The building, originally conceptualised as a library of Obama adminstration documents to be overseen by the National Archives, is now billed as a “campus” and includes a recording studio, sports facilities, outdoor sledding paths and an auditorium.

The centrepiece of the project is a 72 metre tall tower that Birnbaum says “would dominate the park, a design intervention completely antithetical to Olmsted’s intent,” that does not merit the appropriation of public land and removal of hundreds of trees.

“I wonder why is it so difficult to show the same understanding for a significant work of landscape architecture – especially one created by an undisputed master whose design intent is perfectly clear,” he says.

“There simply is no need to take public parkland, and there is no need to destroy one significant cultural legacy in order to celebrate another.”

To counter, Blair Kamin from the Chicago Tribune writes that the Obama Centre plans will not destroy Olmsted’s park, but provide an opportunity for renewal. (Though ultimately he’d have preferred it to be built elsewhere.)

“The Obama plans would improve a scruffy landscape that is poorly maintained, brutally interrupted by a wide road, and seriously underutilised as a result,” Kamin says.

“Parks need to evolve with changing circumstances rather than remain rigidly fixed. At worst, the opponents are imposing a narrow aesthetic perspective on plans that promise to be an economic boon – and an enormous source of pride – for African-Americans who have long suffered from racial discrimination and the under-investment that accompanied it.”

The so-called “confiscation,” he says, is not accurate as many of the facilities and spaces inside the new buildings are promised to be open to the public.

The project has faced protests against a proposed carpark, now shifted underground, and in January activists shouted down an announcement about employing minority contractors with calls for Obama to sign a community benefits agreement. Obama said he would not sign any agreement.

The Chicago Plan Commission is expected to approve the plans in the US spring, and a federal review of the impact on Jackson Park – including shadows cast by the tower and need to replace mature trees – should be complete by fall.

Officials hope to begin construction by the end of the year, the Tribune reports. 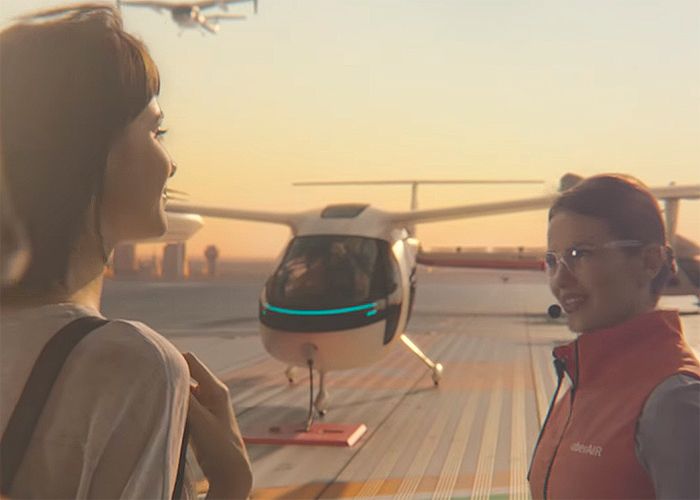 Uber to work with NASA for Flying Taxis: Ride sharing giant Uber has announced it will work with NASA to bring flying taxis to Los Angeles by 2020. Project Elevate will develop four-person, electric, vertical takeoff and landing (VTOL) aircraft, regulated by an air traffic control system to be developed by NASA with a number of industry partners as part of its Space Act Agreement. The agreement aims to ensure safe and efficient operations of small aerial systems like drones and eventually small aircraft flying at low altitudes, to keep sky traffic orderly. Uber envisions commuters catching air taxis from the top of skyscrapers, and delivering them to their homes in the suburbs. It hopes to build a fleet of electric jet-powered vehicles – part helicopter, part drone, part fixed-wing aircraft – running multiple rotors to take off and land vertically, and fly horizontally … 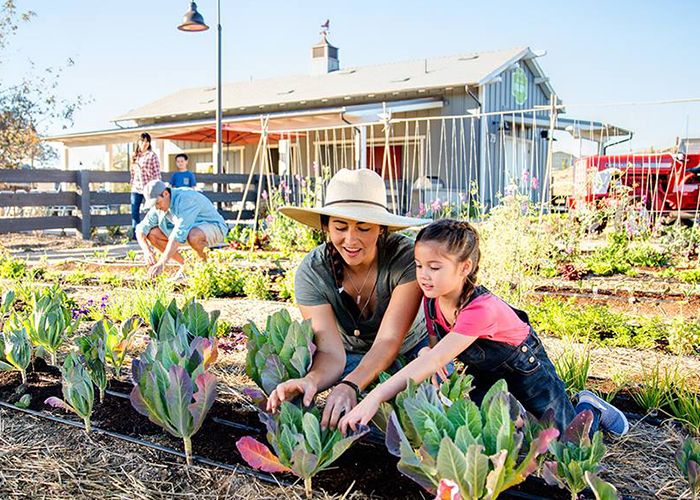 Rich millennials drop golf for ‘agrihoods’: Twenty-five years ago moving near a golf course was a status symbol, largely for the green space and views, but millennials aren’t interested in that type of manicured neighbourhood, writes the Business Insider. Forget empty swathes of green, millennials are more interested in farm-to-table living, with around 150 master-planned housing communities built around working farms, known as agricultural neighbourhoods or ‘agrihoods’ appearing around the US. The homes feature solar panels and composting, and are often minutes from city centres so as to not sacrifice work opportunities for lifestyle. The trend means that in some places, communities are doing away with golf courses to make room for sustainable living. Read more. The war on sitting: US and UK city councils can’t decide whether to offer more seats, … 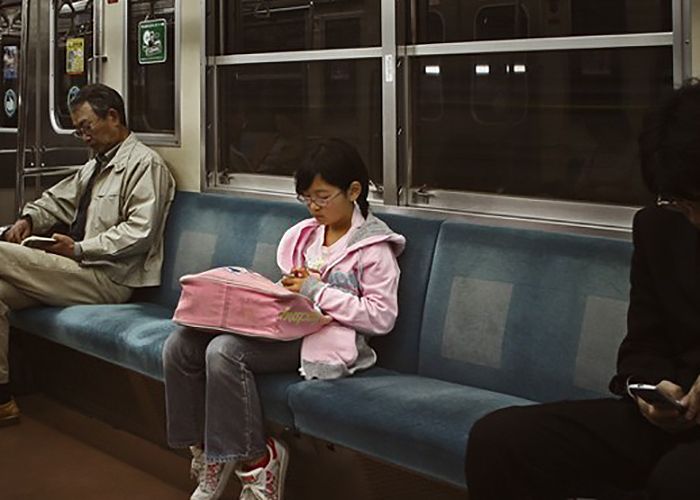 Why Are Little Kids in Japan So Independent? Parents in Japan regularly send their kids out into the world at a very young age, even six or seven years old, CityLab reports. By giving them this freedom, Japanese parents place significant trust in their kids, and in the whole community. One stepmother said she wouldn’t let a child ride the subway alone in London or New York – just in Tokyo, where any member of the community can be asked for help thanks to a greater sense of social responsibility in shared spaces. A popular television show, My First Errand, follows kids as young as two or three as they buy groceries by themselves for the first time. The show has been running for more than 25 years. Small-scaled urban spaces and a culture of …