When the Boroondara Council looked at the dull, service-only laneways in the Melbourne suburb of Camberwell, it saw an opportunity to reflect the character of a community. What it ended up with had even greater potential: a blueprint for laneways that could revitalise the wider municipality.

An initial trial took place in Market Lane, a thoroughfare leading from Burke Road to a carpark, which hosts the Camberwell Fresh Food Market from Tuesday to Saturday each week. “It started as a thoroughfare where traders and the Rotary Club wanted to do something to liven it up and make it more useful “says Boroondara Council Senior Landscape Architect Katie Williams. “There is a lack of public seating in the area, so we engaged Street Furniture Australia.” 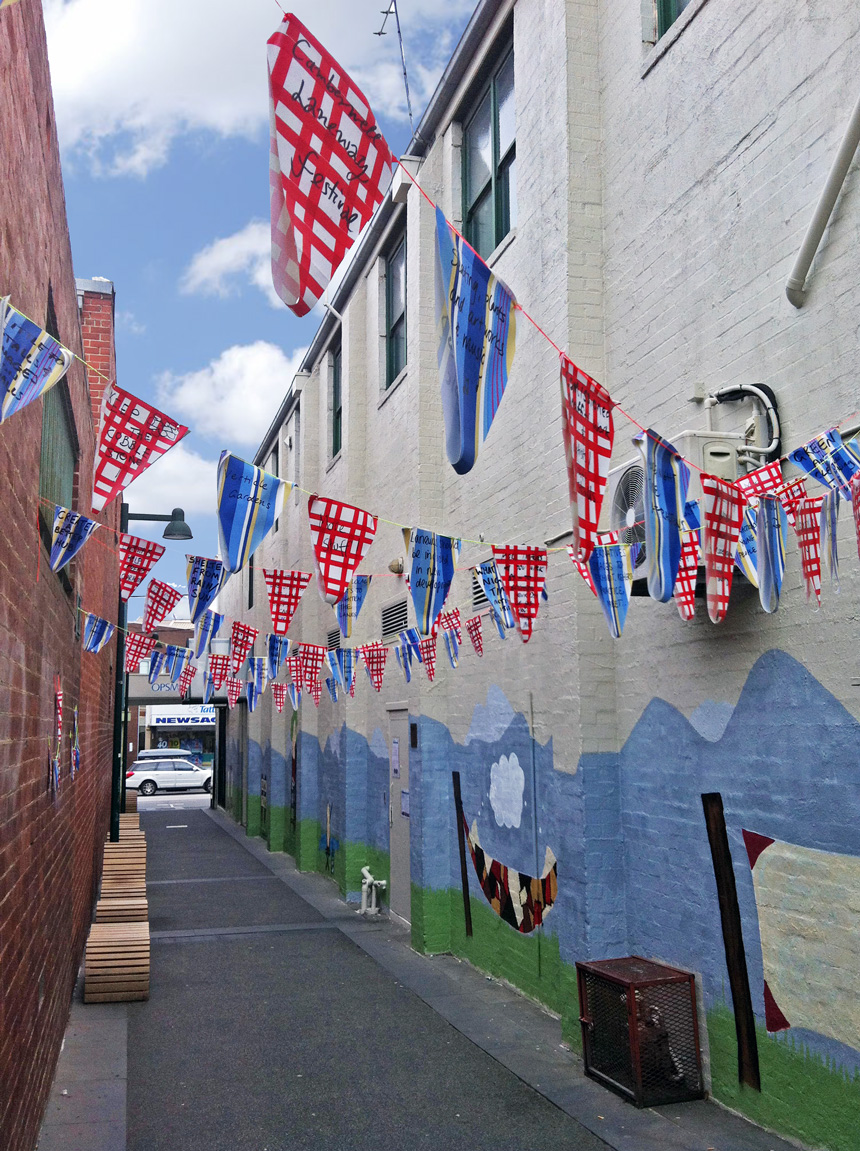 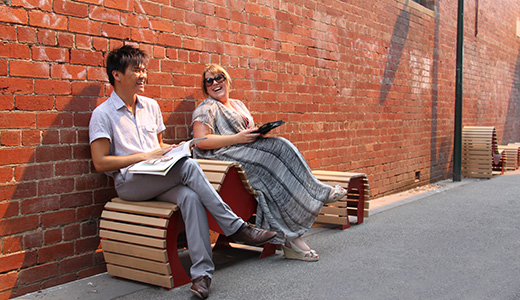 Another challenge was the privately owned buildings on either side. The council needed solutions that would make the area vibrant without, say, mounting canopies to the building walls. Instead, local artist Nicole Tattersall was commissioned to create a mural along the theme of playfulness to tie into the relationship with the Camberwell market. She created a colourful storybook mural, telling of two children who go fishing near an orchard and dream of apple pie. 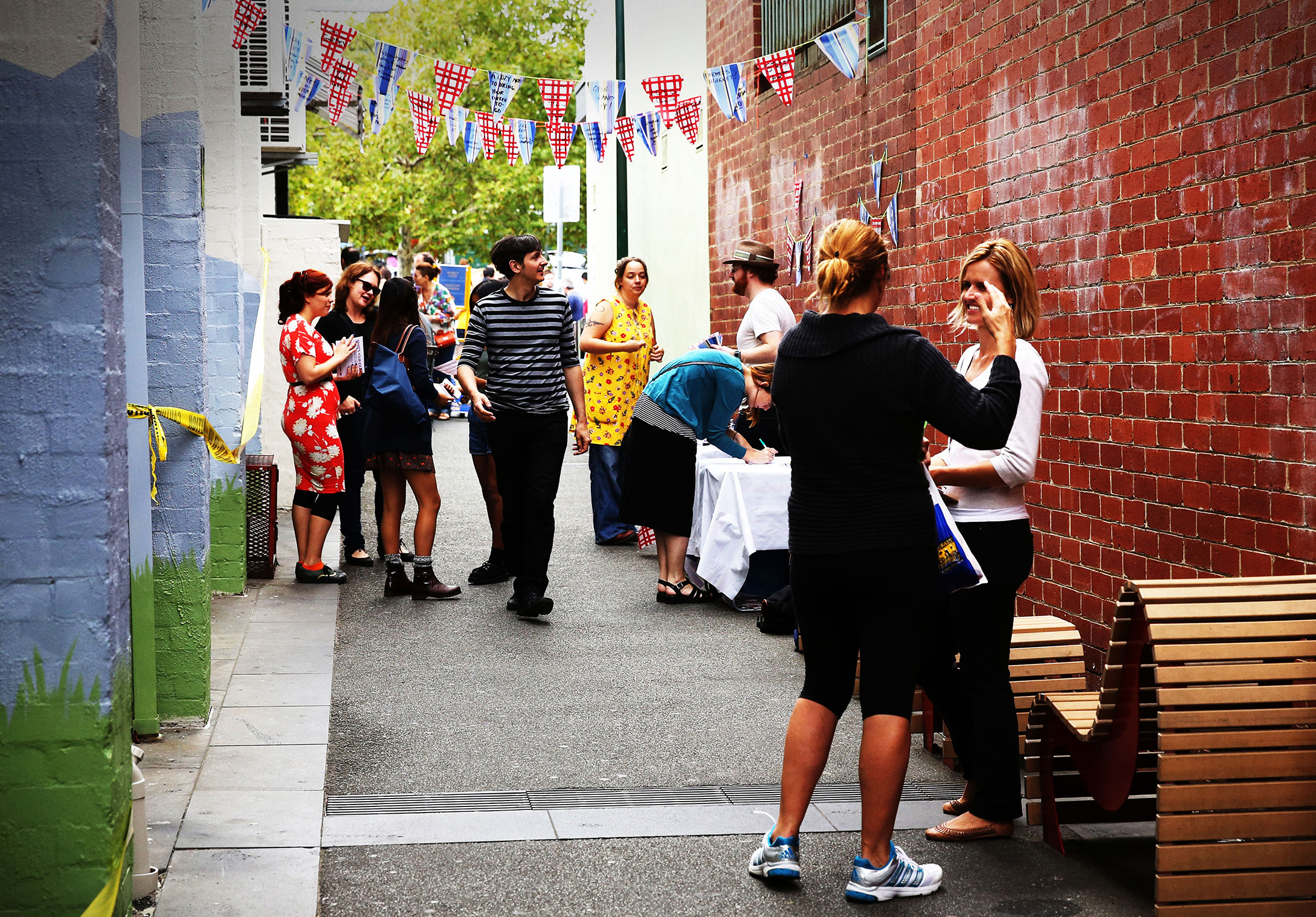 The council has also invited the public to offer further suggestions for other laneways as part of the Camberwell Laneways Discussion Paper, which asked the public to consider how the spaces might be used differently or what attributes they would like to see. A survey was mailed to 4300 residents, tenants and absentee property owners within 250 metres of the junction. Information was available at the council office and online, and promoted through traditional and social media. Then in April, a community consultation session was held in the completed Market Laneway with atmosphere provided by a jazz trio and colourful buntings showcasing pedestrian suggestions.

The council collected approximately 450 survey responses. While some ideas were outlandish, such as installing a climbing wall or a regular petting zoo, many liked the idea of public art and plants in laneways. Some suggested amenities such as seating, lighting and weather protection could be improved, and others supported active community events, youth activities and opportunities for local businesses.

The consultation in progress with mural painting and music

The Market Lane pilot project helped the Boroondara Council understand some of the issues associated with laneway improvements, according to Williams. With positive community feedback and excitement around subsequent laneway ideas, the council is now looking at a strategy considering laneways across the municipality.

“We’ve only just started looking at the other major centres, so we haven’t calculated the number of existing lanes – but surprisingly, Camberwell itself had more than 50” she says. “We’re not going to be able to do something in all those lanes, but we’ll look at prioritising them and focusing on key locations for future improvements.” 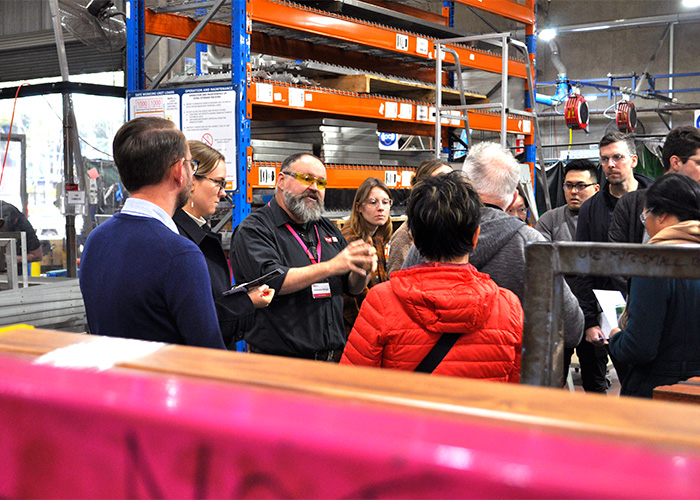 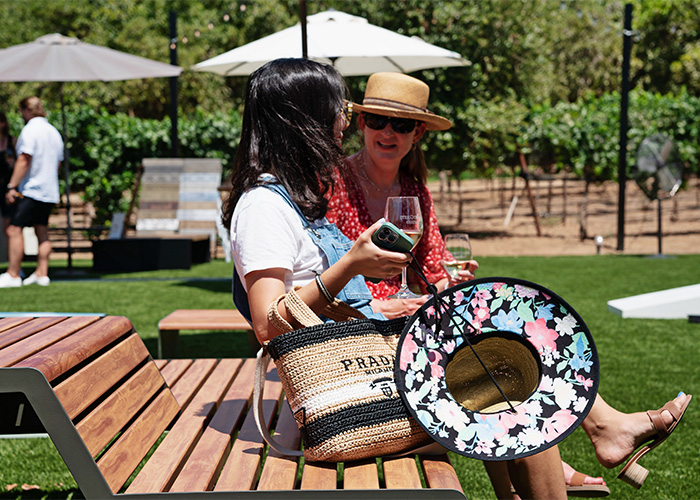 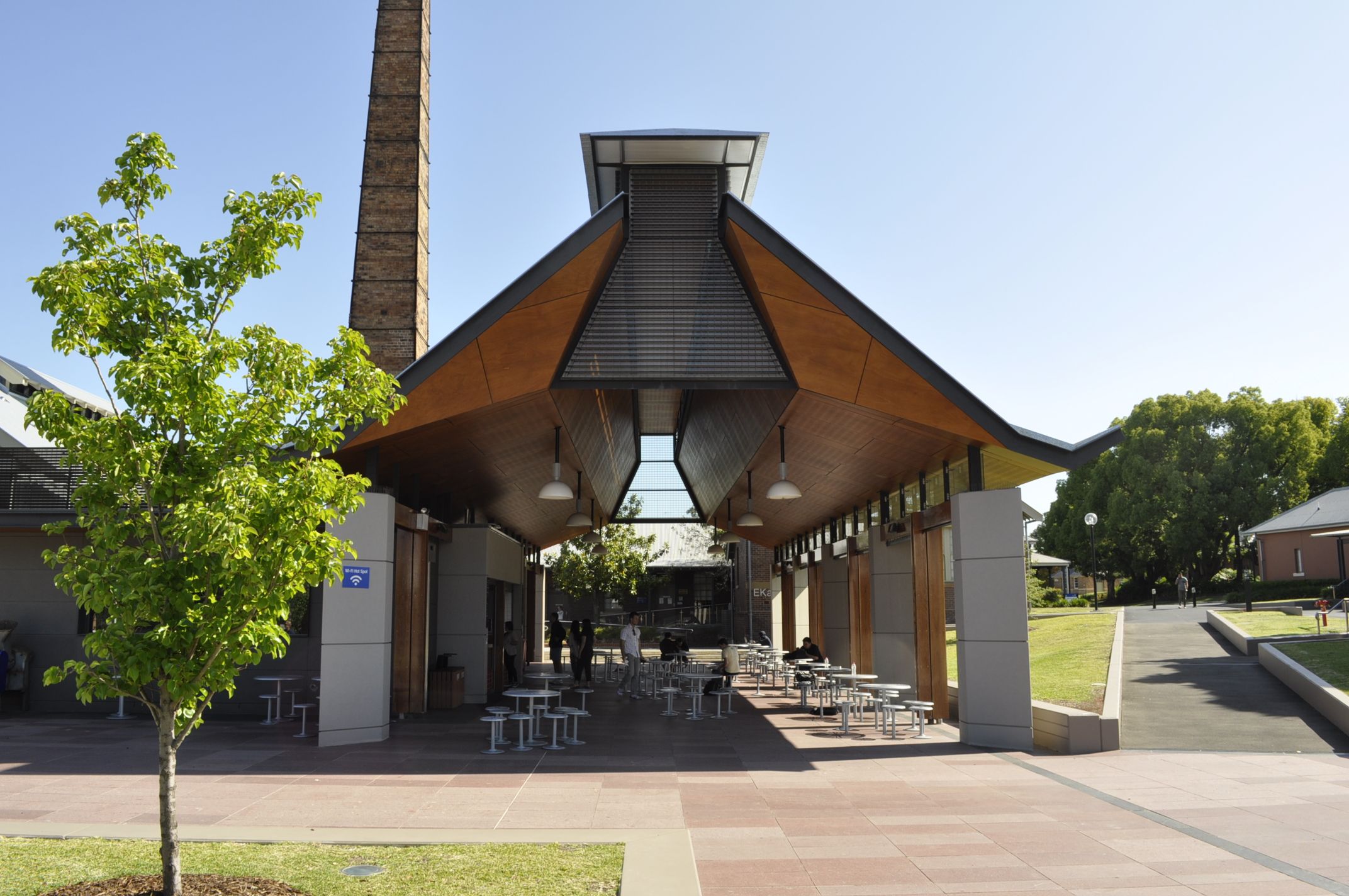 Modern cafe settings in award-winning heritage restoration The heritage restoration of the Boilerhouse at the University of Western Sydney (UWS), designed by Tanner Kibble Denton Architects, has been awarded the NSW Premier’s Prize at the 2014 NSW Architecture Awards. The once-derelict industrial space on the Parramatta campus has been dramatically transformed into a social hub for UWS students and staff. The Boilerhouse features a stylish restaurant and outdoor noodle bar. In keeping with the site’s history, the boilers were removed, refashioned and returned to the front of the building where they stand on plinths, while various other boiler components, such as auto stokers, steam valves and ducts, are artfully displayed within the restaurant. Taylor Brammer Landscape Architects worked closely with the design team to create a landscape masterplan for the … 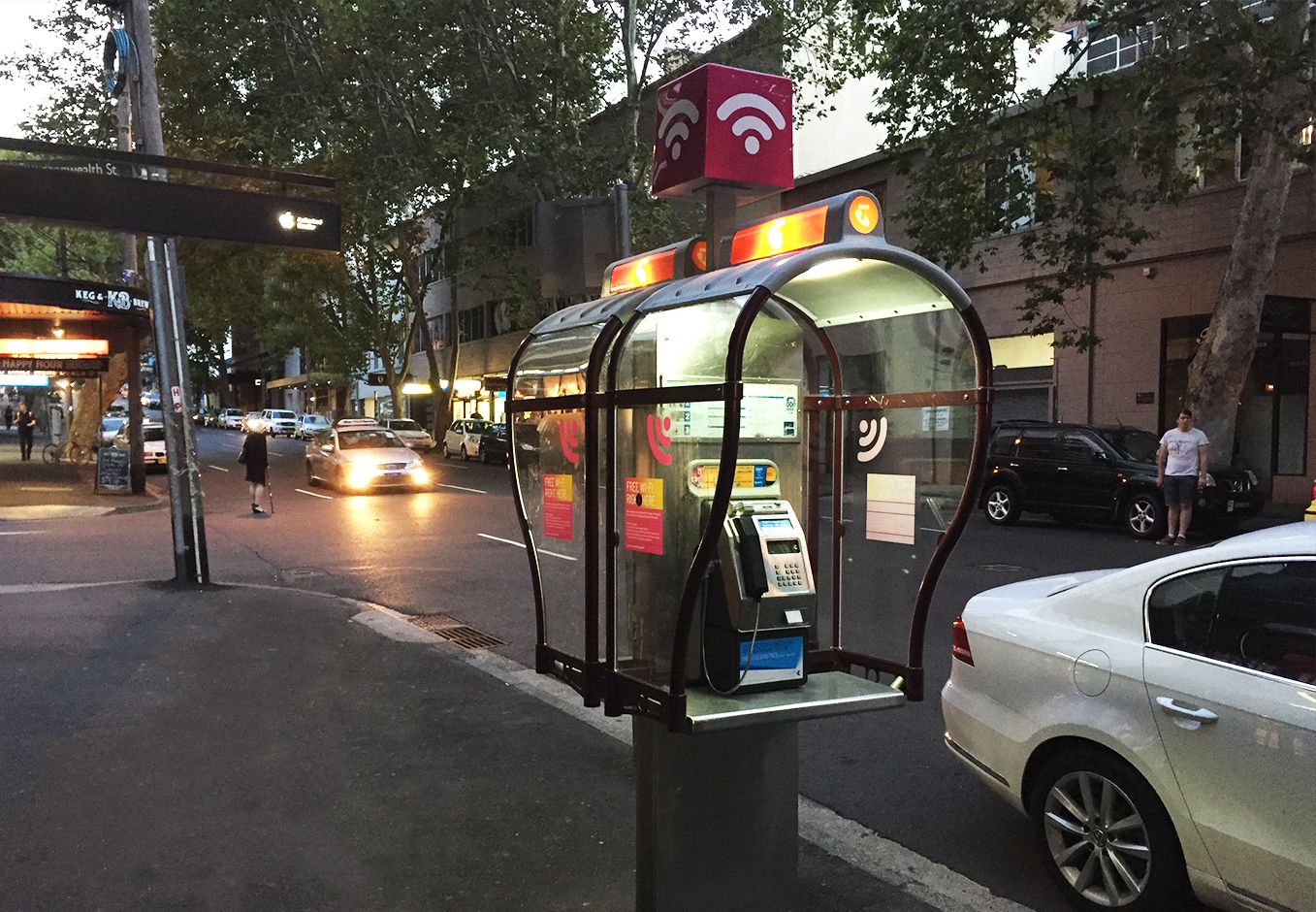 Retro phone booths are being up-cycled as Wi-Fi hotspots throughout Australia. Late last year, Telstra launched a trial of 1000 new Wi-Fi hotspots across Australia. The trial involved converting some existing Telstra payphones into Wi-Fi hotspots that allowed users to access the internet using smartphones and tablets free of charge for up to 30 minutes. The trial has taken place in some of Australia’s busiest tourist hubs, including Sydney’s Bondi Beach, Melbourne’s Bourke Street Mall, Brisbane’s Queen Street Mall and Perth’s central business district. Telstra will roll out 500,000 Wi-Fi hotspots around Australia by mid-2015. Telstra is planning to bring Wi-Fi internet to community areas and social precincts, as well as shopping strips, business centres and transport hubs. It is fantastic that the iconic phone booth has adopted new technology to continue its purpose … 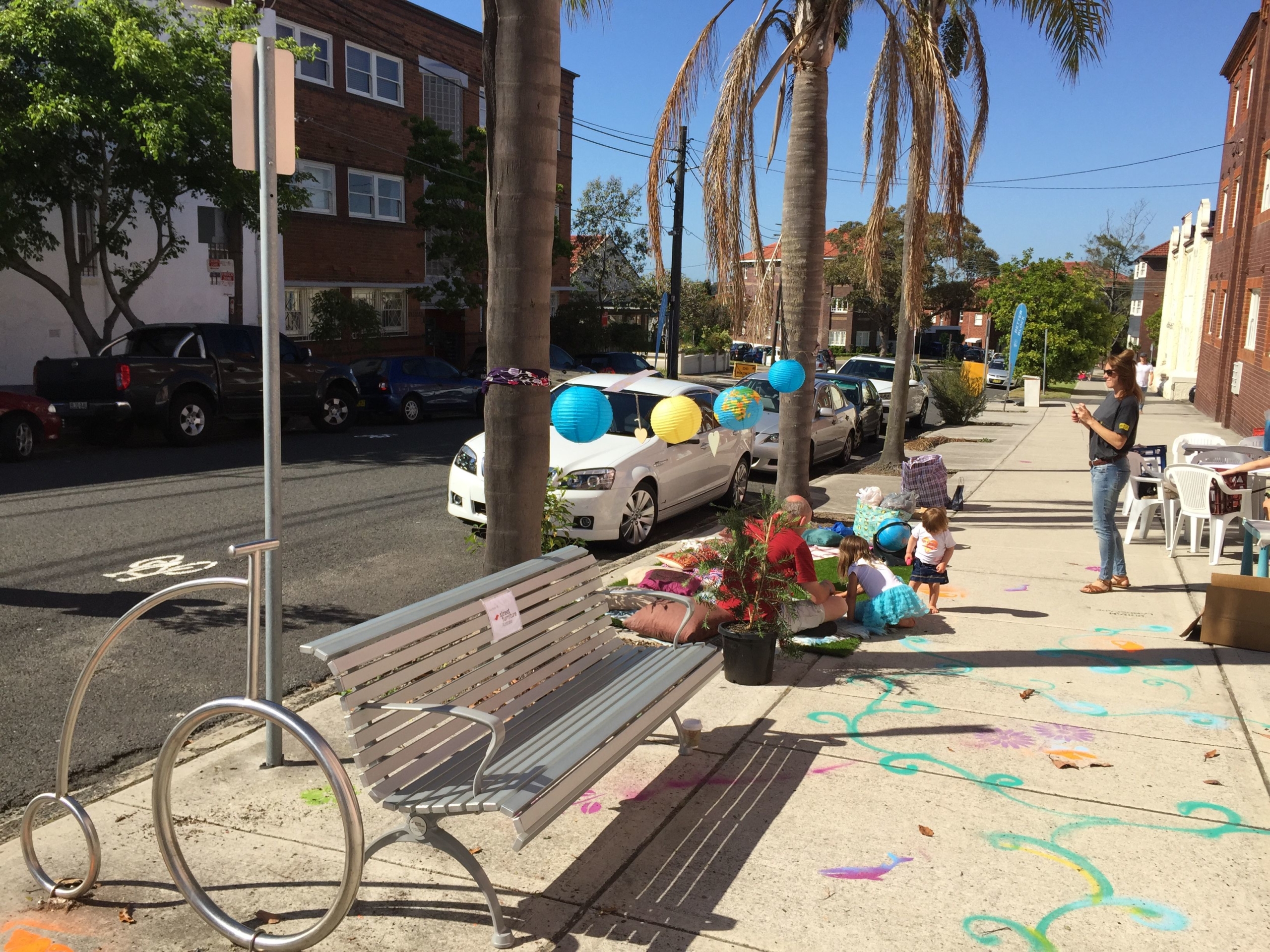 The Park to Pacific project is a movement that imagines Clovelly Road, from Centennial Park to Clovelly Beach, as a safer, greener, more sustainable street. It has evolved out of the Clovelly Road Better Block project, an annual community event that celebrates the ways in which a neighbourhood can be dramatically improved through small changes, such as public art, green spaces, kids’ activities and new seating. On Sunday, 19 October, Street Furniture Australia was invited by organiser Ari Andersen to participate in this year’s event by providing a selection of pop-up seats and tables. Whether used for curbside dining, conversation or just a place to rest, the temporary furniture created new ways for locals to experience Clovelly Road. In the spirit of the day, the new seats provided a place to …